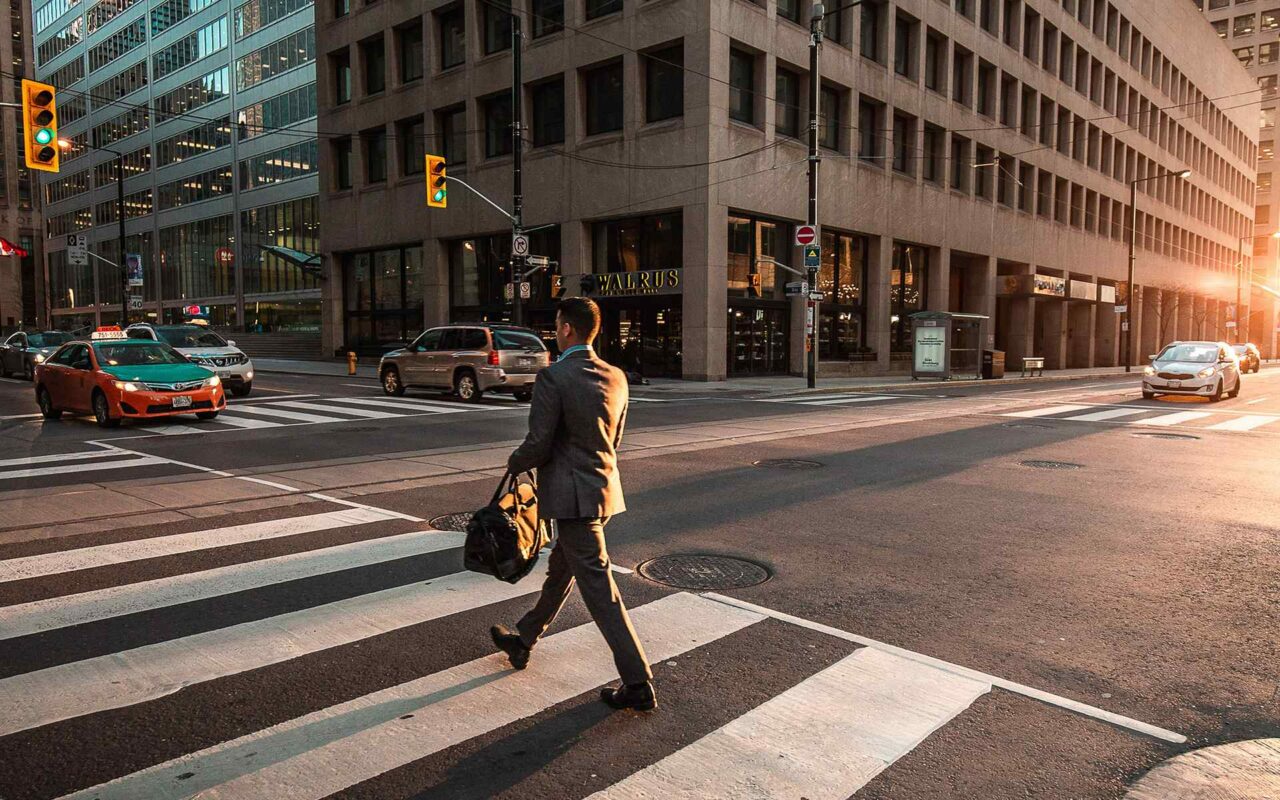 Recruiting today looks radically different than it did just a year ago. Accelerated by COVID-19 and the movement for racial justice, changes that were expected to take years are happening instead in months. Virtually recruiting remote workers is the new norm for many. Internal mobility and upskilling programs are being built out, many for the first time. Diversity is finally being treated with the urgency and accountability it always deserved.

To help you manage these changes and get ahead of what’s coming next, we’re making six bold predictions about the future of recruiting. These predictions distill what we learned from a survey of over 1,500 talent professionals, exclusive data points from the LinkedIn platform, and in-depth interviews with talent leaders around the world.

Read on for the full global report or download regional versions for North America, Europe and the Middle East, and Asia-Pacific. And stay tuned for more stories: While this report lays out the big picture, over the coming months we’ll continue to share more detailed data insights, learnings from leading companies, and actionable tactics to help your team take on the future of recruiting.

No longer nice-to-have, internal mobility will be a must-have. Partnering with learning and development (L&D) and broader HR, recruiting will have the opportunity to lead/build a rigorous internal mobility program rather than leaving it to hiring managers or ad hoc practices. Companies will aim to catalog employees’ current skills and clearly tie internal job opportunities to relevant L&D resources that will help employees fill any qualification gaps.

Facing unprecedented uncertainty and volatility, companies will also move away from static jobs in siloed departments and toward project-based cross-functional work, where employees will shift to new projects as business needs change. (Recruiters themselves experienced such a change in the immediate response to COVID-19, with many moving to new projects when hiring slowed.)

This will also change the way recruiters assess and hire talent. They’ll prioritize applicants’ potential and transferable skills, like adaptability and problem-solving, over their pedigree and technical capacity to do specific tasks.

“The future of talent acquisition lies in reskilling, rather than finding someone better in the market. If you need to hire today, you need to reskill yesterday.” – Rajesh Ahuja, Global Head of Talent Acquisition at Infosys

Prediction #2: Recruiting will help keep the business accountable on diversity

Since companies around the world pledged their support for Black Lives Matter and greater diversity, candidates, employees, and consumers have been looking to see how those words will translate into action. Diversity is not a feel-good “initiative,” but a business-critical imperative — one that recruiting can lead.

Remote work will vastly expand available talent pools, allowing for greater access to candidates from underrepresented groups and deflating empty excuses that the talent isn’t there to be found.

Recruiters will not only deliver a diverse pipeline of candidates but advocate for them and hold hiring managers accountable for moving those candidates through the funnel. They will restructure hiring processes to reduce bias, from building diverse interview panels to mandating data-driven reporting against diversity goals.

“Recruiters have to be able to answer questions on culture. They have to be able to answer questions about the company’s stance on diversity. They have to teach leaders and managers how to think more broadly about their own choices and coach them to gravitate not toward who they ‘like’ but who adds to the organization.” – Lauren Gardner, Vice President of Global Talent Acquisition at Microsoft

Companies have dabbled with video interviewing and remote assessments in the past, but the lockdown realities of COVID-19 have sparked them to create an end-to-end virtual recruiting process for the first time. And they’re both noting and embracing the cost and time savings that that change has brought with it. So, in the same way that a hybrid workforce of onsite and remote employees will become the standard, a hybrid hiring process that combines virtual and in-person elements will become the norm.

The challenges for companies will be twofold. First, businesses will need to refine their virtual processes and, as they nail the technology, make sure they continue to look for ways to add human touches back into their systems. Second, they will have to decide when they’ll use virtual and when they’ll use in-person, how will they optimize the candidate experience and assessments advantages of in-person yet continue to leverage the speed and efficiency of virtual.

Candidates for entry-level positions may experience a completely virtual hiring process, not setting foot in the office until they’re onboarded, if then. Executive candidates, on the other hand, will continue to receive a more bespoke process with numerous onsite visits and face-to-face one-on-ones.

“Now that we’ve proven we can run our recruiting shop virtually, what does the new normal look like? We won’t go back to an environment where everything is fully in-person again because we don’t have to. It’s likely going to be a hybrid of in-person and virtual.” – Shavonne Gordon, Vice President of Enterprise Diversity Recruiting at Capital One

Prediction #4: Recruiters will lead the transition to remote work

Recruiters have traditionally been strong advisors to the business when it comes to workforce planning; now, they have the opportunity to become indispensable. Remote work tantalizes with its promises of diverse talent pools, increased productivity and retention, and savings on salaries and facilities, not to mention smaller carbon footprint.

But it also complicates workforce planning with difficult considerations around compensation (what will fair pay look like with a distributed workforce?), capacity planning, company culture, technology, and employee visibility.

Recruiters are uniquely positioned to provide essential insights on this transition, coming to the table armed with data-driven insights about where talent is and anecdotal feedback about what talent wants and needs. Knowing those concerns can give companies a competitive advantage — when they move quickly to address them.

Recruiters can also help the business weigh the benefits of an anywhere-in-the-world approach versus a hub strategy of targeting a few sites that will make career development and cultural adhesion more robust.

“You think about cloud solutions — being able to tap into the cloud wherever you are. Why can’t we do that with talent? It doesn’t matter where you sit or what country you’re in as long as you have the skills. I think COVID will be around for a while, unfortunately — but that’s an opportunity for recruiting to say that the door for talent is now open everywhere.” – Sharon Tan, Product Owner of Talent Mission, Next Gen People Practices at Telstra

Prediction #5: Your employer brand will hinge on empathy and actions

As candidates and customers look for companies to take stronger stances on social issues, recruiting leaders will increasingly focus on employer branding — and will see it in a radically new light. Instead of showcasing the company’s products, perks, and office amenities in polished marketing materials, they’ll publicize what the company is doing to support employees, customers, and communities in times of crisis.

From partnerships with nonprofits to employee assistance programs to small acts of kindness, the actions companies take — the way they show up with empathy — will shape their employer brand for years to come. To earn trust, employers will also be more vulnerable, holding themselves accountable for shortcomings and being transparent about their plans to address them.

A candidate’s impression of a company will be heavily influenced by their everyday interactions with recruiters on the ground. Recruiters will be more empathetic in their outreach, accommodating in their approach, and understanding of what candidates are going through.

By putting people first, employers will show — not tell — what their company is all about.

“In the long run, COVID will change how people see employers. They’ll remember if their organization didn’t look after them. They’ll also remember those organizations that really stood up and stood apart.” – David Hindle, Strategic Recruitment Lead at Lloyds Banking Group

Prediction #6: Recruiters will build new skills to align with the business

Recruiting teams have been stretched and wrenched and refashioned in recent months, and that’s likely to continue. From dealing with hiring slowdowns (or, in some industries, unprecedented spikes) to aligning with ever-shifting business priorities, the one constant for recruiters will be the need for adaptability.

While some recruiters will hire for different roles, locations, or teams as needs change, many others will be asked to go beyond hiring. In fact, the fastest-growing skill for recruiters is personal development — the ability to add new skills.

Recruiters will increasingly serve as the bridge between a company’s hiring needs and other key HR initiatives. No surprise then that they’re rapidly adding skills like diversity and inclusion, decision-making, and HR strategy to their tool belts and resumes. They will bring clarity to talent data, reshape employer branding, and fine-tune the virtual hiring process — all in a continuous process of improvement.

“If you want to build cost-efficient TA teams, you need to make sure that people are more flexible, more adaptable, and that they can really change to the needs of the business. Lots of companies have got boxes that people sit in. I think those boxes may start to dissipate over time.” – Candice De Clerck, Global Director of Recruiting at Prosus Group

This report was co-authored on the editorial side by Maria Ignatova, Bruce Anderson, and Lydia Abbot; on the research (survey) side by Colleen Dye and Cynthia Yee; and on the insights (platform data) side by Maeve Ryan, Cesar Zulaica Pineyro, Gopika Maya Santhosh, and Deanne Tockey.

We surveyed 1,518 professionals who self-identified as working in a human resources/talent acquisition role or at a search and staffing agency. The survey was conducted in English, with respondents from over 25 countries. These survey respondents are LinkedIn members who were selected based on information in their LinkedIn profile and contacted via email between June 30 and July 31, 2020.

Insights for this report were derived from the billions of data points generated by more than 706 million members in over 200 countries on LinkedIn today. All data reflects aggregated LinkedIn member activity as of August 2020.

Internal mobility has been defined as the role transitions done within an organization to dissimilar roles and not direct promotions. Only transitions in which the title, company, location, function, and industry details of both the starting and destination roles are known have been considered. From April 2020 to August 2020, internal hires made up 19.6% of all hires. Compared with 16.5% in the same time period in 2019, the share of internal-mobility hires increased by 18.8%.

To identify remote job postings, LinkedIn used the built-in remote filters and a number of keywords (e.g., “remote work,” “work from home,” “home-office”) in 10 different languages. To improve the precision of analysis, only full-time jobs that were premium listings were considered. The average number of different city-locations applying to remote jobs is 21% higher than nonremote jobs globally.

Company posts about diversity include nonsponsored updates made to LinkedIn company pages and were identified through keywords like “diversity” and “inclusion” translated into multiple languages. Posts about COVID-19 were identified through keywords like “coronavirus” and “COVID-19” similarly translated into multiple languages. Engagement with company posts is measured as a combination of likes, comments, clicks, and shares and is measured against the average engagement of all company posts in the same timeframe.

A job intermediary that connects the needs of employers with training entities and local residents who are looking for living wage employment with benefits and a career path. An Employer-Driven initiative.